Note: Kenneth Jung noticed that the model definitions are slightly different than the pre-trained models. For more information, see issues #351 and #349.

The number of parameters are with 128-dimensional embeddings and do not include the batch normalization running means and variances.

Models can be trained in different ways with different datasets. Pre-trained models are versioned and should be released with a corresponding model definition. Switch between models with caution because the embeddings not compatible with each other.

The current models are trained with a combination of the two largest (of August 2015) publicly-available face recognition datasets based on names: FaceScrub and CASIA-WebFace.

The models can be downloaded from our storage servers:

API differences between the models are:

The performance is measured by averaging 500 forward passes with util/profile-network.lua and the following results use OpenBLAS on an 8 core 3.70 GHz CPU and a Tesla K40 GPU.

Accuracy on the LFW Benchmark

Even though the public datasets we trained on have orders of magnitude less data than private industry datasets, the accuracy is remarkably high on the standard LFW benchmark. We had to fallback to using the deep funneled versions for 58 of 13233 images because dlib failed to detect a face or landmarks. 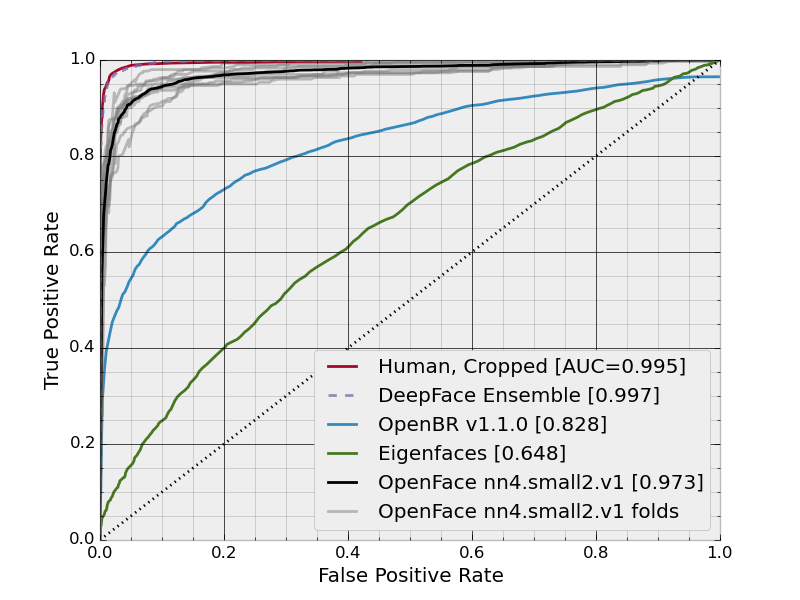 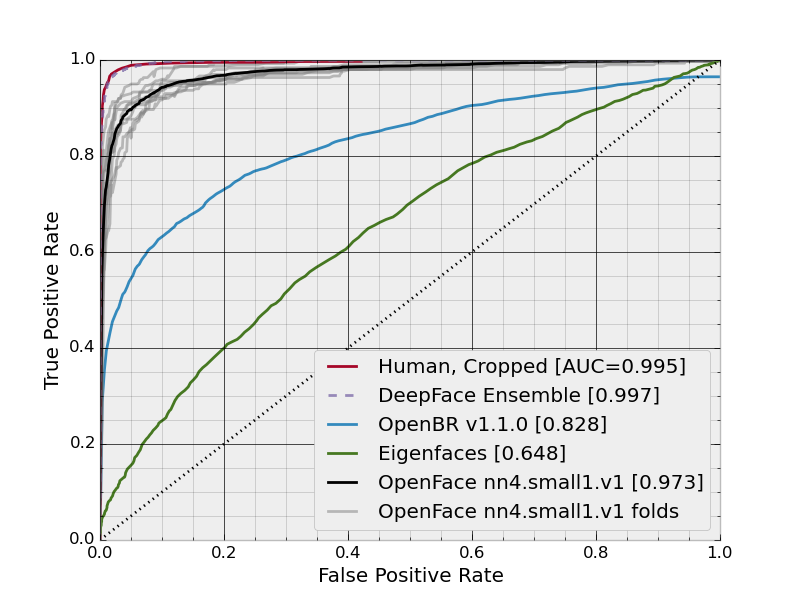 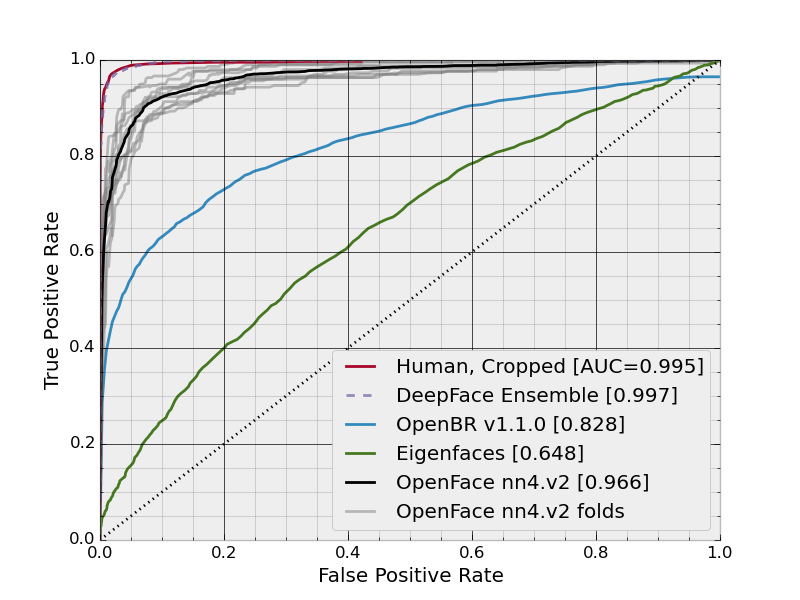 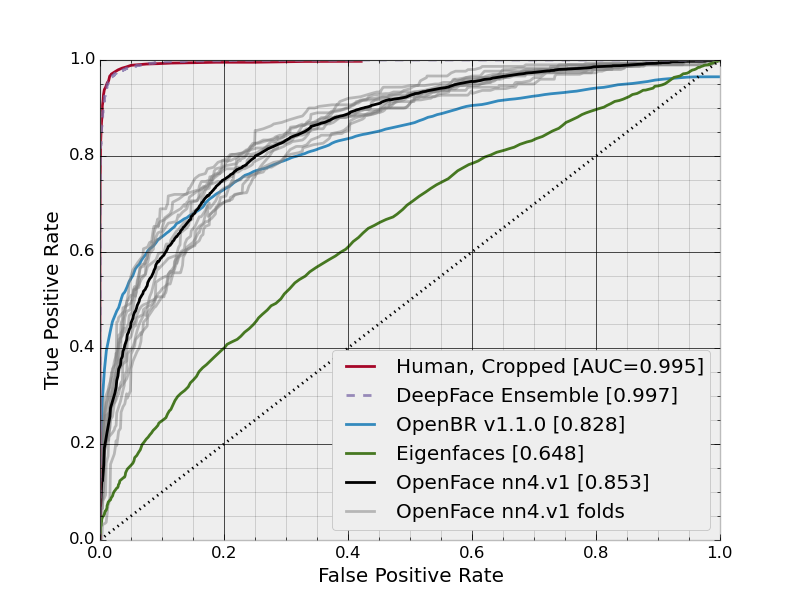 This can be generated with the following commands from the root openface directory, assuming you have downloaded and placed the raw and deep funneled LFW data from here in ./data/lfw/raw and ./data/lfw/deepfunneled. Also save pairs.txt in ./data/lfw/pairs.txt.

If you're interested in higher accuracy open source code, see:

This is licensed for non-commercial research purposes. They've released their softmax network, which obtains .9727 accuracy on the LFW and will release their triplet network (0.9913 accuracy) and data soon (?).

Their softmax model doesn't embed features like FaceNet, which makes tasks like classification and clustering more difficult. Their triplet model hasn't yet been released, but will provide embeddings similar to FaceNet. The triplet model will be supported by OpenFace once it's released.

This uses Caffe and doesn't yet have a license. The accuracy on the LFW is .9777. This model doesn't embed features like FaceNet, which makes tasks like classification and clustering more difficult.

From here you can search these documents. Enter your search terms below.